In the late 80s a small group of boys living in Nesodden got interested in computers, gaming, and eventually the demo scene.

Commodore Amiga was at the time the most popular type of home computer in Norway, and became the computer of choice. However, as the 90s progressed, more people joined the gang, also people with other types of computers. They went to demo parties and met like-minded youth. They created music, graphics, and eventually intros and demos, and even some game projects that never made it far. By the late 90s arrived, however, the demo parties had morphed into LAN gaming parties, the boys were grown up, and Commodore and most other 80s computer manufacturers were long dead.

However, as the 2010s arrived, the boys became nostalgic and started to search their lofts and cellars for their old computer equipment. They started to restore and breathe life back into it, and discovered a large and vibrant online community of people who used, repaired, and developed new software and hardware for these historic machines from when computers made the transition from the basements of big universities and corporations and into the homes (and eventually pockets) of everyday people. In 2014 they started Nesodden Amiga User Group, a network which has come to include enthusiasts from far outside the borders of Nesodden. 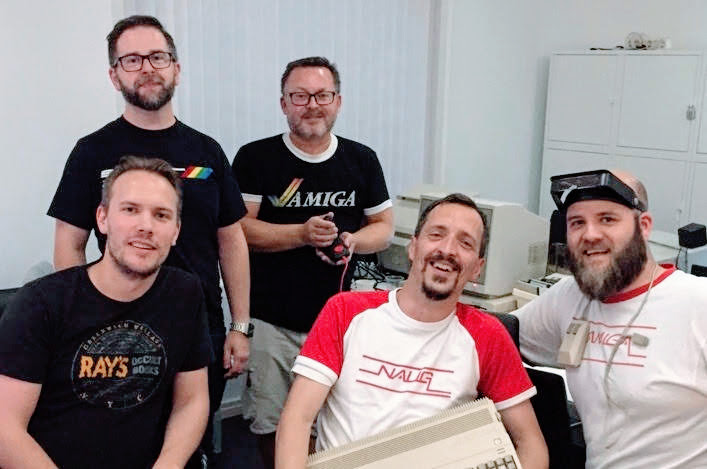 The group meet semi-regularly on sundays at Bit Rig Fix, to work on vintage electronics maintenance and repair, and host Retro Bit Fix approximately every other month